I recently made another visit to the United Stated to attend the Creative Mornings Summit in Austin, Texas.  We started our road trip with Creative Mornings crews from Oakland, Montevideo, Jakarta, Kuala Lumpur, Tijuana and Melbourne.  Following the event, I joined Phoot Camp friends David Worthington and Kristina Yamamoto for another road trip from Portland back down to LA where we drove, hiked and photographed some of the most beautiful spots in between. We had almost made it to LA, with coastal fog obscuring most of our Big Sur drive. Despite the poor visibility, it actually made for some dramatic photos which I hope to share more of soon. This was the Bixby Creek Bridge which apparently rarely ever looks like this. 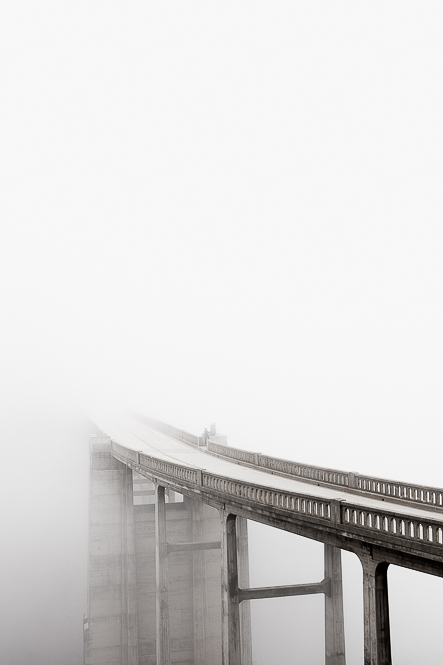